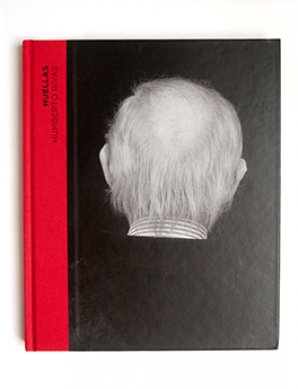 Ediciones Anómalas. Coedition: Arxiu Fotogràfic de Barcelona/ Institut de Cultura de Barcelona ‘From 1978, Humberto started to become interested in other subjects besides portraits, one of these being urban landscapes. Ultimately, whichever photographic genre he worked on, the intention underlying all his images was that of a constant questioning of the reality photographed; an attempt to go beyond appearances, to evoke, through perfectly constructed images, the disquiet associated with the passage of time, erosion, the mystery of inert objects, structures dispossessed of their functionality, as well as to capture the traces of experiences and events. […]For his work titled Huellas (Traces), he also sought out and portrayed the traces of the Civil War in Barcelona – the façade of Sant Felip Neri church, the air raid shelter built in the Poble-sec area at the foot of Montjuïc – in a way which aimed to preserve their memory, to remember absences and, at the same time, to make an appeal against violence and war.’ Cristina Zelich. Humberto and Barcelona (text from the book) Humberto Rivas (Buenos Aires, 1937 – Barcelona, 2009) arrived in Barcelona in February 1976, a few weeks before the military coup perpetrated in Argentina by General Videla. He would soon become an undisputed model for young photographers who were striving to define and achieve recognition for a new realm for creative photography. The photographic ensemble ‘Huellas’, made up of fifty-three pictures, was acquired in 2009 by the Arxiu Fotogràfic de Barcelona. Taken between 1995 and 2005, the photographs structure a complex project, as Rivas scoured the land over a long period of time in search of settings and people connected in one way or another with the Spanish Civil War.